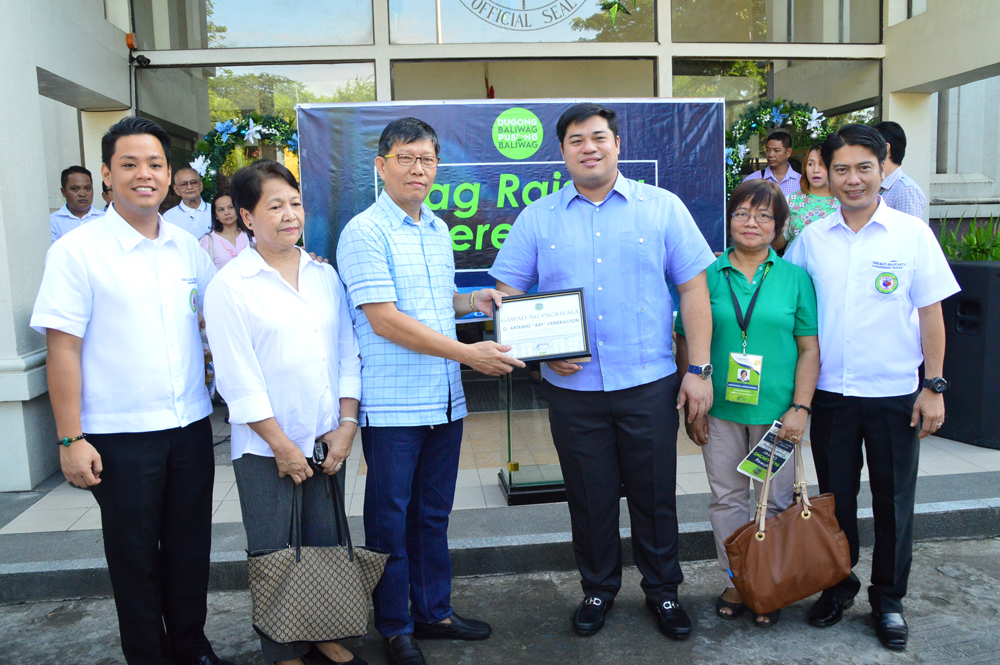 Animal Raiser Art Veneracion received a certificate of recognition from the Municipal Government of Baliwag on November 28, 2016, in recognition of the awards he received recently. Last September he was one of the recipients of the 2016 Gawad Dangal ng Lipi for Agriculture by the Provincial Government of Bulacan.  Earlier this month he was hailed as Gawad Saka 2016’s Most Outstanding Small Animal Raiser in Central Luzon given by the Department of Agriculture.