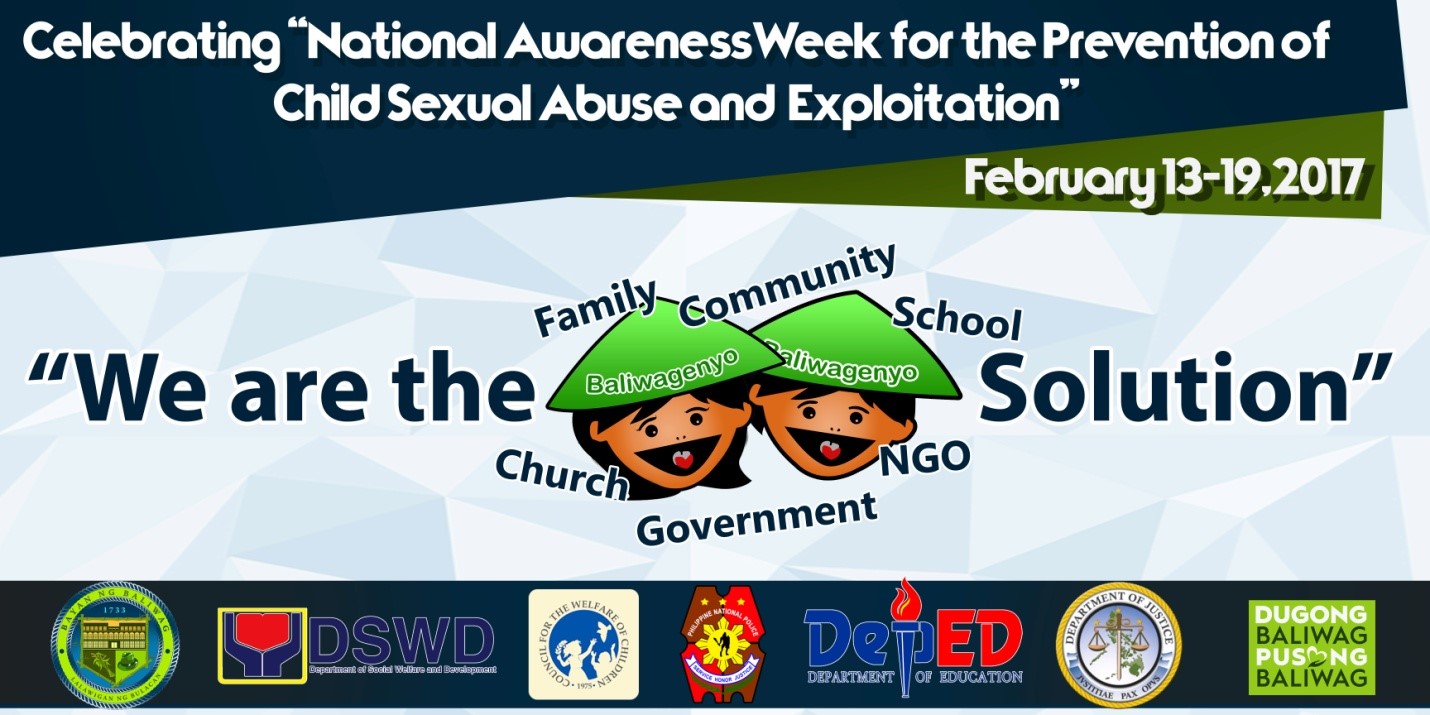 The Municipality of Baliwag enjoins the nation to be one in fighting Child Abuse in observance of Presidential Proclamation No. 731 series of 1996 that declares the 2nd week of February of every year as “National Awareness Week for the Prevention of Child Sexual Abuse and Exploitation” with the theme this year “We Are the Solution”.

In line with this, the Municipality of Baliwag will host a Poster/Slogan Making Contest for high school students on February 15, 2017 in Municipal Annex Building. The piece that will be adjudged as the winner will be used as IEC material to inform our constituents about child abuse and will be posted in all barangay halls, schools and other selected areas. Also, to strengthen our campaign, a forum for the purpose will be held on February 16, 2017 in Baliwag Water District, Conference Room.

All employees are urged to take action if there are suspected cases of Child Abuse in their area.  Putting an end to the issue lies not only to the hands of selected few but rather a moral obligation of all. Mayor Ferdie V. Estrella’s paramount consideration is for the next generation to have a society that will protect them from any form of abuse.