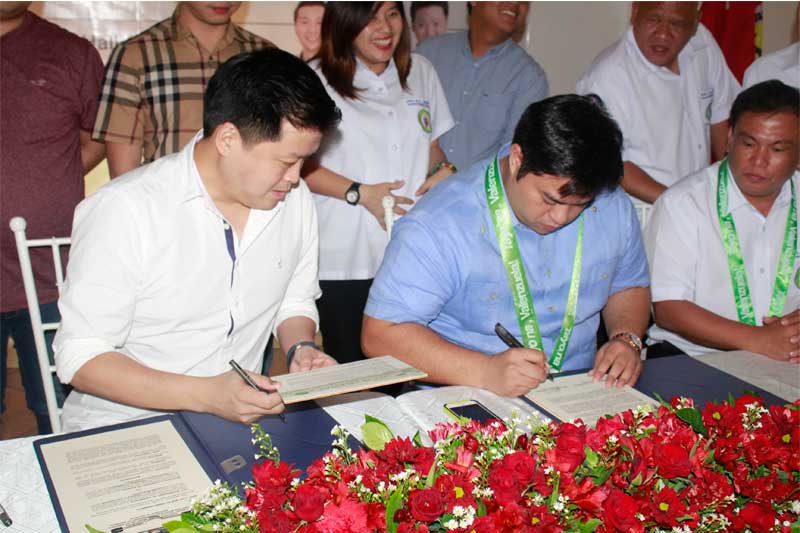 In line with the goal of setting a higher standard of good governance to Baliwag, Mayor Ferdie Estrella together with his Administrative team, Vice Mayor Cris Clemente and the Municipal Councilors signed the Sisterhood Agreement with Mayor Rex Gatchalian from the City of Valenzuela on the 30th day of September 2016. 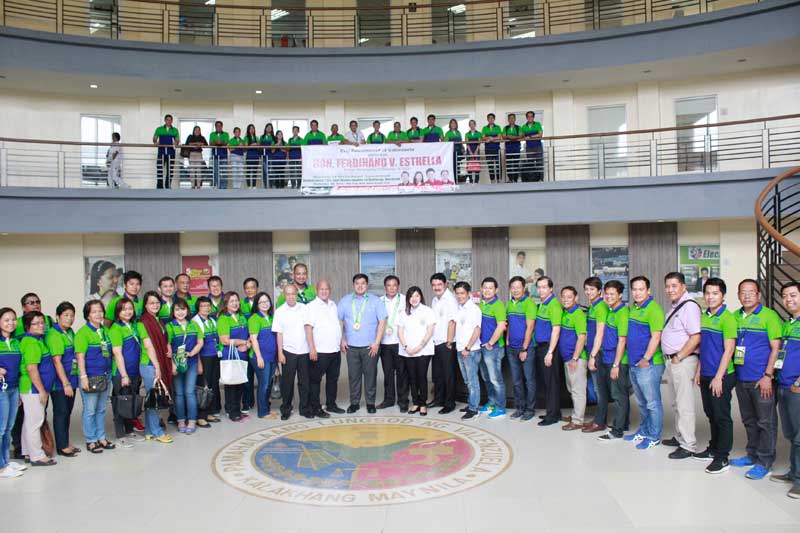 Distinguished as one of the most organized and advanced municipality in the country, the City of Valenzuela has opened its door to the Municipality of Baliwag for an educational sneak peak to its administrative practices that have sent them top notch commendations. Mayor Rex personally welcomes the Baliwagenyos as they arrived at the town proper. The guests take a tour around the city hall from which they have witnessed some regular practices held within the municipality. One of the highlights of their tour is their visit in the PeopleÔÇÖs Park and Geronimo Angeles Building wherein the Baliwagenyos observed the common practices at the Tax PayerÔÇÖs Lounge, City AssessorÔÇÖs Office, Business Permit and Licensing Office and the high end 3S Plus Electronic Terminal. 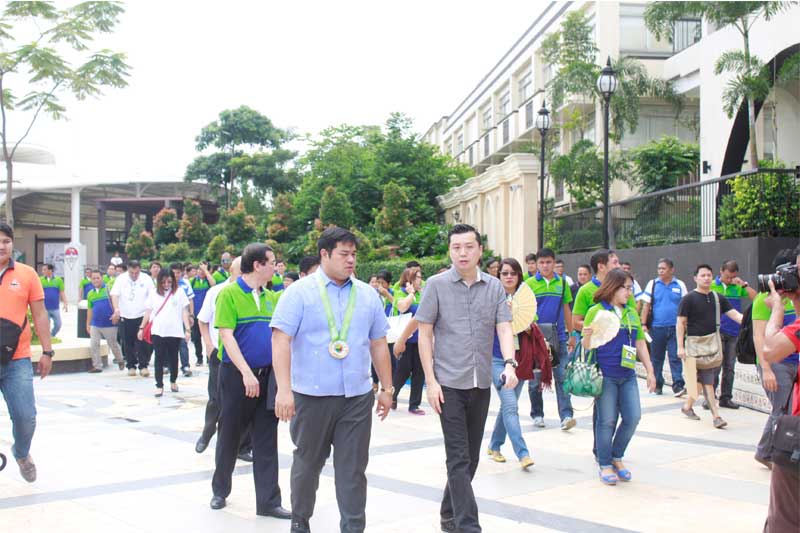 After the mini tour, Mayor Ferdie and his team were ushered to the Social Hall for the program that will officially mark the Sisterhood Agreement between Valenzuela City and Baliwag Municipality. Welcome remarks from the city Vice Mayor Lorena Borja delivered the initial part of the program along with the discussion of the 5 Pillars of Good Governance & Valenzuela Works practiced in Valenzuela. ┬áRepresentative Wyn Gatchalian from the 1st District and also Reprenstative Eric Martinez from the 2nd District also gave welcome messages and advices on good governance during the program. The two representatives cited informative notes that could be essential to Baliwag Administration that ought to promote high standard leadership. ┬áOn behalf of his constituents, Mayor Ferdie expressed his deepest gratitude to the governing body of Valenzuela City for their hospitality and support in the Sisterhood Agreement to Baliwag. 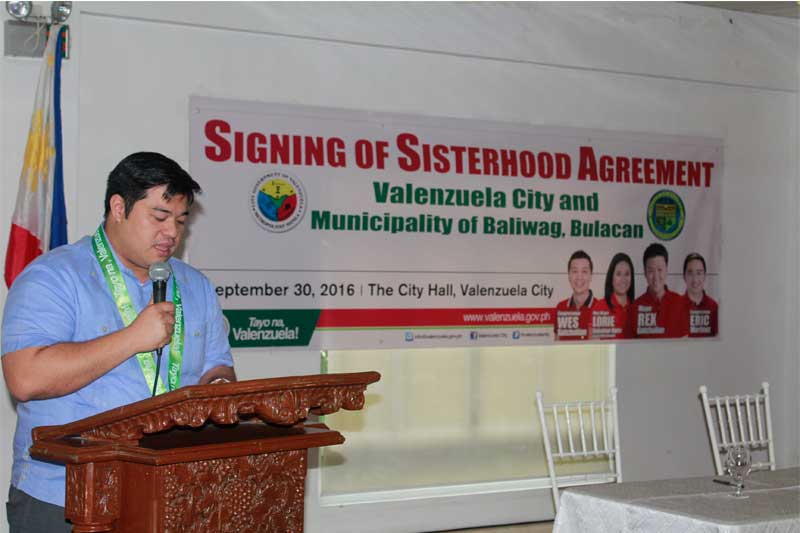 After the mini tour, Mayor Ferdie and his team were ushered to the Social Hall for the program that will officially The much awaited signing of the Sisterhood Agreement between the City of Valenzuela and Baliwag Municipality is legislated by Mayor Rex Gatchalian and Mayor Ferdie. The Sisterhood Agreement mandates both localities to exchange practices, ways and advocacy in line with the promotion of Good Governance. The agreement also states that the City of Valenzuela will wield their hands in supporting and developing joint projects that could surmount Baliwag not only as a town but as a promising city as well. 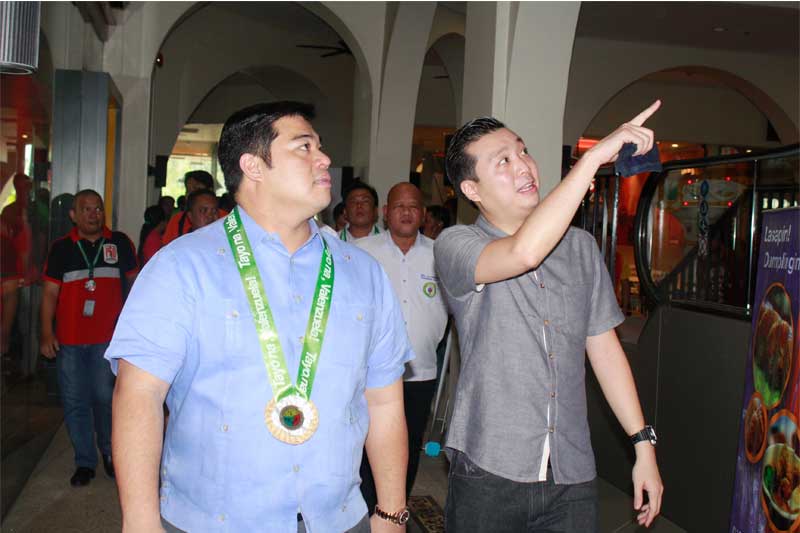 As part of the benchmarking activity, the Valenzuela City government also ushered the Baliwag Administrative team to their Allied Local Evacuation and Emergency Response Team (ALERT) Center wherein Dr. Arnaldo Antonio show off the technical response procedures of the ALERT Center during emergencies and natural calamities. Moreover, the entourage also visited the Valenzuela City Emergency Hospital to see the medical facilities of the City like the CT scan, Dialysis and Out Patient Department and to witness the daily transcription of processes in the hospital. The Valenzuela School of Mathematics and Science (VALMASCI) and the Valenzuela Special Education Center (VALSPED) are then later visited by the Baliwagenyos to observe the practices done in the City in terms of educational assistance and development among its students.

The benchmarking know-how experience tacks innovative measures in good governance. The sisterhood agreement unfolded doors of hope as Baliwag strives for hefty development and furtherance in the coming days with Serbisyong May Malasakit. Mayor Ferdie outstretches his outmost gratitude to the opportunity and knowledge from the people of Valenzuela City.