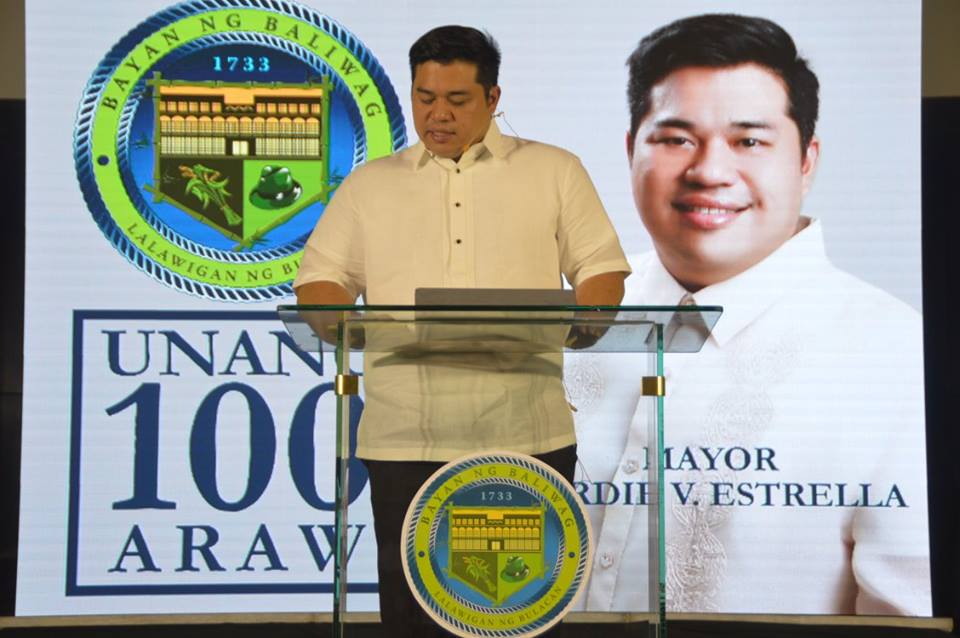 Baliwagenyos cheered upon seeing various projects and programs accomplished during his first 100 days in service as the Municipal Mayor of Baliwag.

Mayor FVE made a speech to the thousands of Baliwagenyos whom he celebrated with. On his speech, he proudly cited many projects and programs conducted by his administration that brought improvements in Baliwag.

High FVE sa Barangay Caravan is one of his major project that wowed all Baliwagenyos. Instead of people will go to the Municipal Hall to avail the services, various Offices made it possible to visit every barangay because an expense of 200php to 15php is really unimaginable. Free Medical and Dental services, Assistance for Individuals in Crisis, Legal and Marital Counseling, Seedlings Distribution, Animal Vaccination, Data Capturing for Senior Citizens, PWD’s and Solo Parents, Issuance of Community Tax Certificate are the services offered. Out of 27 Barangays, the caravan has served 20 barangays by now. Serbisyong may malasakit is all about bringing all services to people in need immediately.

In line with the Clean and Green Project, he posted data of all recyclable materials collected by the Municipal Environment and Natural Resources Office (MENRO) from all barangays. As part of Greening Project he happily announced the success of the, “Wide Clean- up drive”. 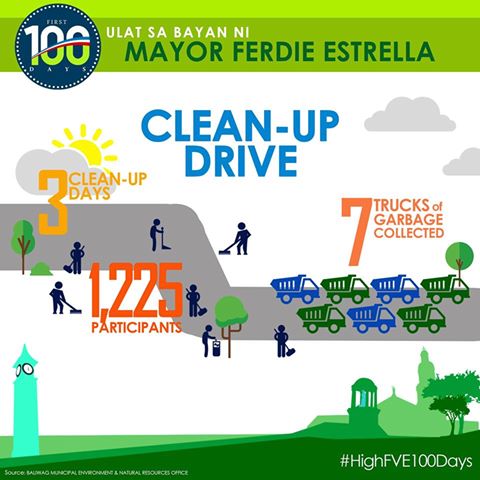 Mayor FVE noted the decreasing traffic issues especially along Glorietta with the joint effort of the Municipality and BTMO, various streets were rerouted to lessen the traffic, sidewalks were cleared to give way to pedestrians as their specific walking path and to keep them safer.

BTMO’s “Libreng Sakay” gained admiration as well because it is not just free but very convenient. 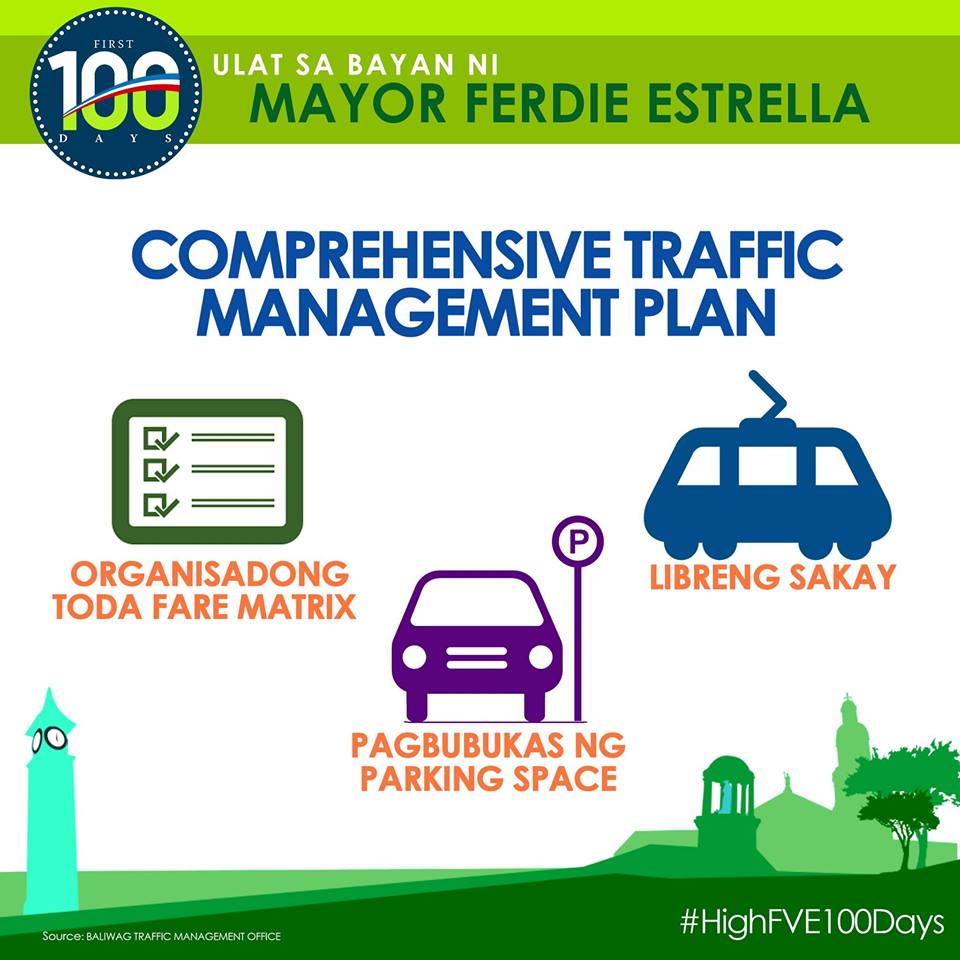 He also commends the constant effort of the Baliwag PNP in ensuring peace and order in Baliwag. Their active campaign against illegal drugs was successful and resulted in rehabilitating drug pushers and drug users in the remodeled rehabilitation facility through the help of the Municipal Health Office. 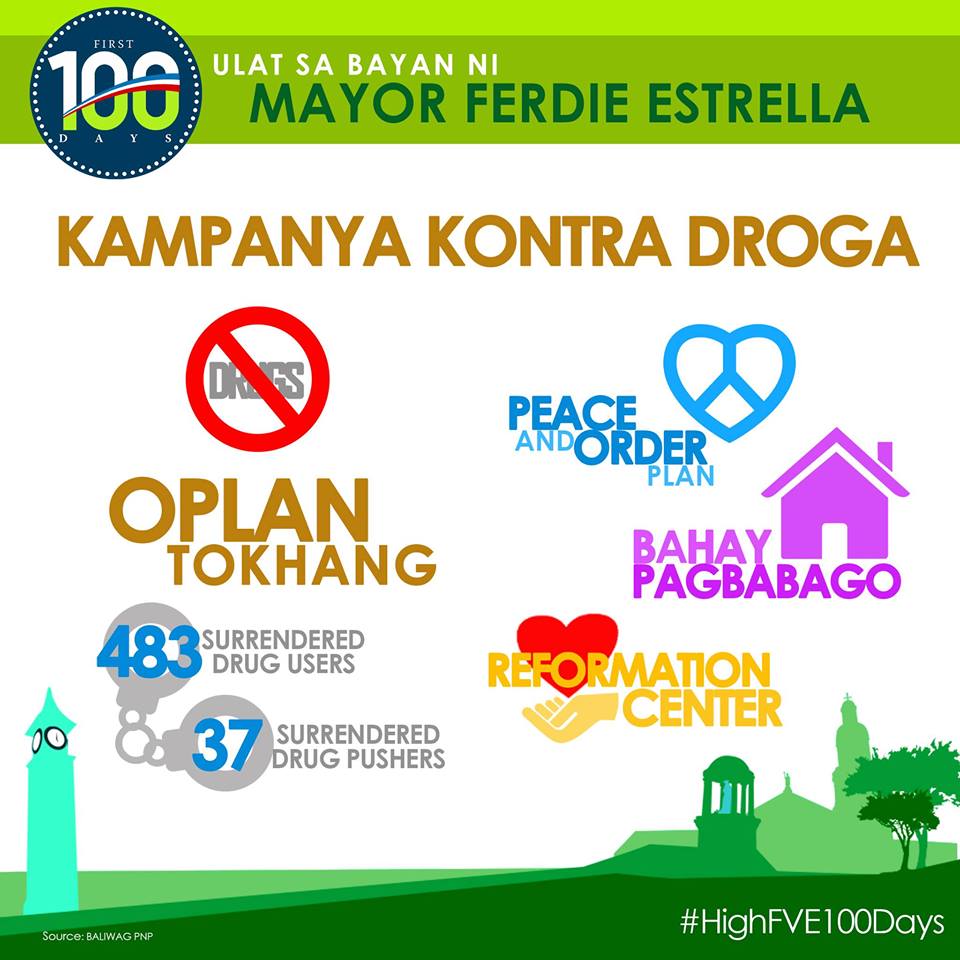 Gearing up for a better tomorrow over 20 memorandums signed in line with the Sisterhood agreement with Valenzuela City, this is most especially for the Senior Citizens, PWD’s and Solo Parents.

To ensure efficiency of service, improved facilities with cheaper and faster internet connection was made possible. As of now, the town has saved almost 20,000php cost of internet connection and added over 40mbps of internet speed in the new internet services acquired by the Municipality of Baliwag.  In addition, Globe Go Wi Fi in Glorietta is the first Wi fi place among LGU’s in Bulacan.

The Public Assistance and Complaints Center (PACC) of Baliwag reported approximately 15-20 calls and 20-30 text messages per day since it was formally launched. The official Baliwag Hotline {0917-505-STAR (7827)} is an innovative way of addressing public concerns and hundreds of concerns were addressed immediately.

Faster response over emergency situations from the Municipal Disaster Risk Reduction and Management Office (MDRRMO) has been commended not only in Baliwag but in other nearby towns as well. The remarkable response of Baliwag MDRRMO over a recent accident transcribed in San Rafael Bulacan, gained not only social media recognitions but thousands of salutes. Mayor FVE showed reports of emergency situations addressed by the MDRRMO through their 5-minute time interval in attending emergency situations. 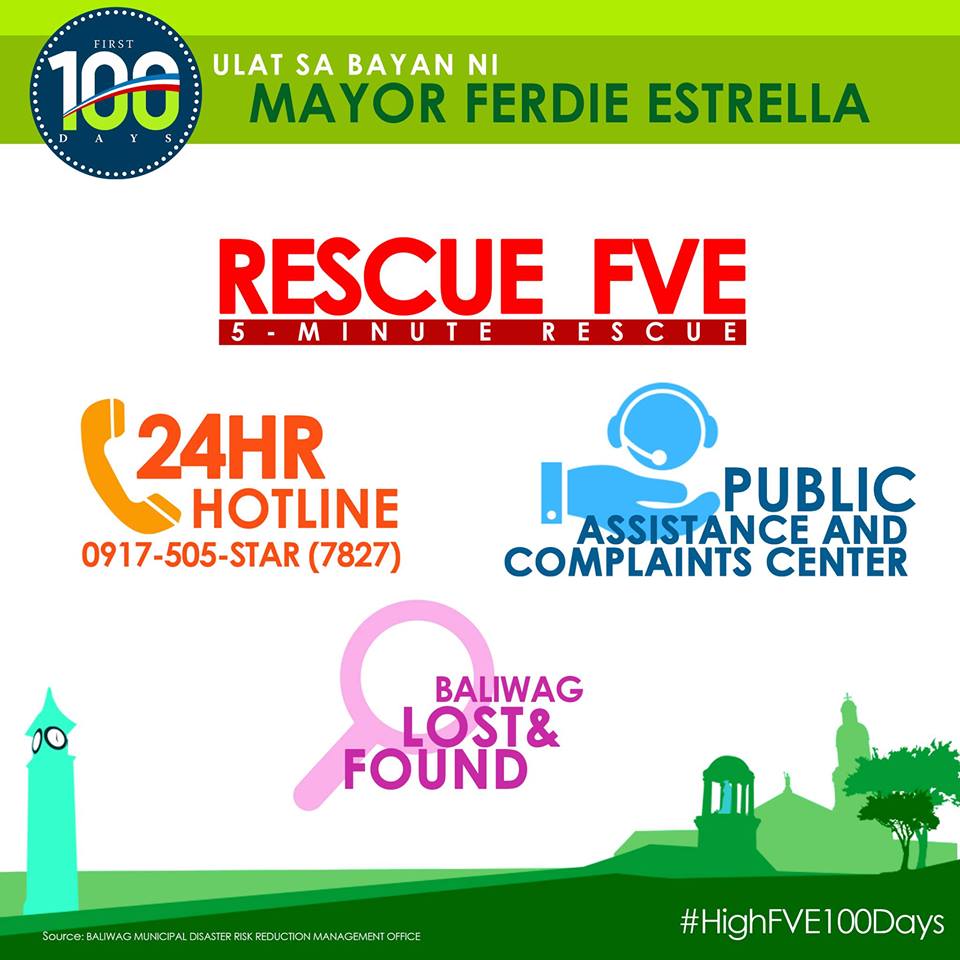 Mayor FVE’s 100 days of public service had been an upright success for everyone.  Still, Baliwagenyos are looking forward for another hundred days of service with Serbisyong may Malasakit.