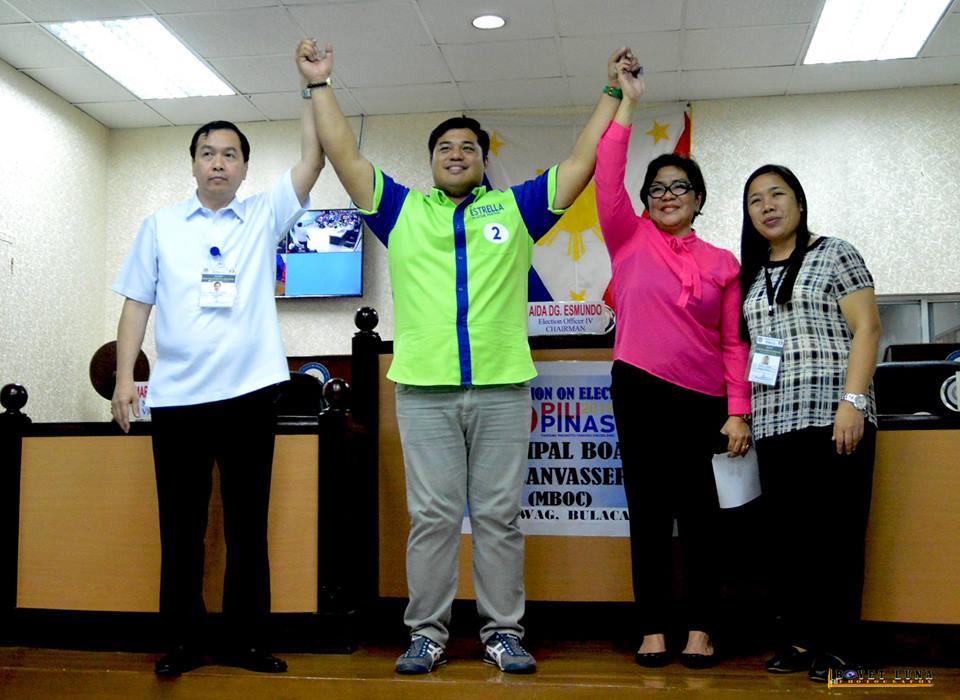 Mayor Ferdie Estrella was sworn into office as the 27th elected local chief executive of Baliwag, alongside other new and re-elected officials of the province of Bulacan in a mass oathtaking ceremonies  held Thursday morning at the Bulacan Capitol Gymnasium.

Estrella is noted as one of the young mayors in the province now, serving for his first term in the office after leading the mayoralty race, beating incumbent Mayor  Carol Dellosa, and former Mayor Rolando Salvador.

Estrella, only 36, is the president of the Liga ng mga Barangays in the said first class municipality prior to his election. He is the only son of the former three term Mayor of Baliwag, Mayor Romy Estrella and Sonia Estrella.

This may be his first term as a town executive, but his experience in public service already spanned for almost 20 years, since his election as president of the Sangguniang Kabataan in the same municipality.